On Posted on April 15, 2015 by Elizabeth Neukirch to Latest News, News 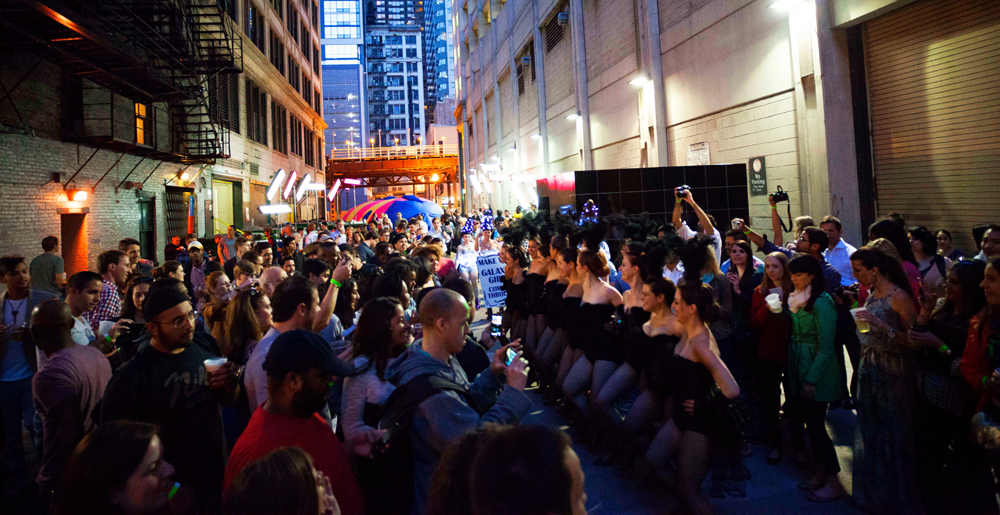 CHICAGO (April 15, 2015)—Chicago Loop Alliance (CLA), the sole service provider for Special Service Area #1, is proud to announce their popular monthly ACTIVATE series returns this summer with a new slate of alleys and artists hand-picked by local curators to transform iconic downtown alleys into urban celebrations on May 15, June 12, July 30, August 27, September 18 and October 16 from 5-10 p.m. The specific location of each ACTIVATE event will be announced the month prior at www.LoopChicago.com/ACTIVATE. Guests who RSVP in advance on the website will receive a complimentary drink ticket for beer or wine at the event, with additional beverages available for purchase on site.

CLA’s first seven ACTIVATE events from September 2013 to October 2014 generated nearly $400,000 in economic impact to Loop businesses, with more than 14,000 people in attendance over the course of the series. This summer attendees will be encouraged to “Linger Longer” in the Loop by taking part in special offers from downtown businesses before and after each ACTIVATE event.

ACTIVATE is part of CLA’s Loop Placemaking Initiative—an expansive series of innovative public space activations throughout the Loop that continue the organization’s commitment to create, manage and promote high-performing urban experiences in downtown Chicago. Additional placemaking programs include the reopening of The Gateway to the Loop and ongoing programming in Pritzker Park.