On Posted on June 25, 2015 by Elizabeth Neukirch to Latest News, News 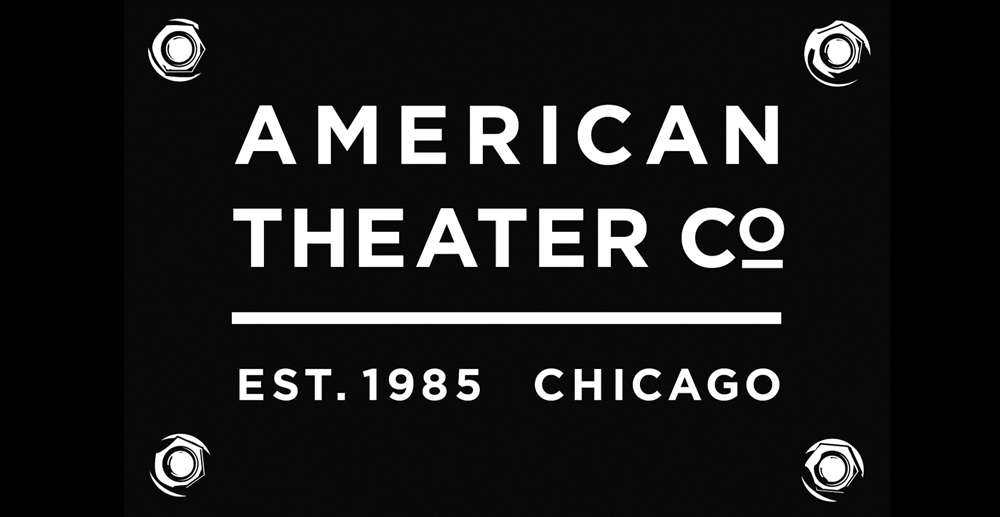 Co-production of The Wiz with Bailiwick Chicago

June 25, 2015 (Chicago, IL)—American Theater Company (ATC) proudly announces Season 31: The Legacy Season, honoring ATC’s late artistic director PJ Paparelli and continuing the theater’s dedication to developing new works. The Legacy Season kicks off this November with the co-world premiere of Fulfillment by Thomas Bradshaw with an Off-Broadway company in New York (to be announced this summer). Next in January 2016 is the world premiere of Bruise Easy by Dan LeFranc, writer of ATC’s blockbuster world premiere The Big Meal. In the spring, ATC presents the regional premiere of Abe Koogler’s Kill Floor at ATC immediately following its world premiere at New York’s LCT3/Lincoln Center Theater. The Legacy Season concludes with a fresh, new look at William F. Brown and Charles Smalls’ The Wiz, in a co-production directed by Bailiwick Chicago Artistic Director Lili-Anne Brown.

Prior to Fulfillment in the fall, ATC will host a Legacy Celebration honoring its late Artistic Director PJ Paparelli. Details will be announced this summer.

“All four shows in our Legacy Season are projects that PJ championed at American Theater Company,” says Interim Artistic Director Bonnie Metzgar. “He had an uncanny ability to discover and nourish the country’s top playwrights and to provide intensive development opportunities for their new works. We celebrate PJ’s legacy by partnering with NY organizations to tell two important American stories, by introducing a new work by one of his closest collaborators Dan LeFranc, and by cracking open a great American musical, The Wiz, with one of Chicago’s powerhouses of musical theater, Lili-Anne Brown.”

Past world premiere productions at ATC include Stephen Karam’s The Humans, which opens Off-Broadway at Roundabout Theatre Company this fall, and Ayad Akhtar’s Pulitzer Prize-winning Disgraced, which enjoyed a successful Broadway run and returns to Chicago as part of Goodman Theatre’s upcoming season.

New York. Today. Michael has everything: the girlfriend, the condo, and the primo job at a top law firm. But after eight years, he has continually been passed up for a partnership, and starts to suspect it’s because of racial discrimination. When his boss tells him why, he has to decide whether he has the strength to confront a personal demon. In one of the most controversial stories ever to appear on ATC’s stage, playwright Thomas Bradshaw bravely and honestly exposes the painful gray areas between the personal and the professional in America’s upper class. This production is a co-world premiere with a TBA Off-Broadway company in New York.

Suburbia. Today. In the glow of florescent streetlights, two estranged siblings meet in the driveway of their childhood home and begin the conversation of a lifetime. From the writer of ATC’s blockbuster play The Big Meal comes this poetic and haunting portrait of middle-class America.

A Small Town. Today. Following a long incarceration, a mother returns to her hometown to restart her life. After securing a job at the local slaughterhouse, the challenges of reentry unfold as she reunites with her teenage son, a staunch vegetarian. Writer Abe Koogler pens a witty, funny, surprising and moving search for connection in modern America. This production immediately follows its World Premiere at NY’s LCT3/Lincoln Center Theater.

Oz. Today. When a twister comes roaring through her housing development, Dorothy is dropped down into an urban dreamscape only vaguely resembling the world she knows. In this Tony Award-winning musical, William F. Brown and Charles Smalls re-envision the American classic The Wizard of Oz with an all African-American cast. This co-production between Bailiwick Chicago and American Theater Company examines what it means to live with intelligence, compassion and courage in today’s tough cities.

Thomas Bradshaw’s play Carlyle will premiere at Goodman Theatre as part of their 2015-16 season. His other plays include Intimacy and Burning (New Group); Mary (Goodman Theatre); Job and Dawn (Flea Theater); The Bereaved (Crowded Fire, Partial Comfort and the State Theater of Bielefeld in Germany); Southern Promises (PS122) and many more. He was the recipient of a 2009 Guggenheim Fellowship, the 2010 Prince Prize, and a 2012 award from the Foundation for Contemporary Arts. Bradshaw has been featured as one of Time Out New York’s 10 playwrights to watch and was named “Best Provocative Playwright” by the Village Voice. He received his MFA from Mac Wellman’s playwriting program and he is an assistant professor at Northwestern University.

Lili-Anne Brown is the Artistic Director of Bailiwick Chicago. She received the Joseph Jefferson Award in 2014 (Direction of a Musical) for her direction of Ahrens & Flaherty’s Dessa Rose. Other directing credits include: Michael John LaChiusa’s See What I Wanna See (Steppenwolf Theatre Garage Rep), the critically acclaimed Chicago premiere of Passing Strange (BTA Award for Best Director of a Musical, Jeff Award nomination for Best Director of a Musical), and the world premiere of Princess Mary Demands Your Attention by Aaron Holland, for Bailiwick Chicago; On the Boards and Hearts of Darkness at Roosevelt University; and Hairspray, Unnecessary Farce, Cabaret, Sweet Charity, The 25th Annual Putnam County Spelling Bee, and Buddy: The Buddy Holly Story, all at Timber Lake Playhouse, where she is an Artistic Associate. Upcoming next season: American Idiot at Northwestern University and Jabari Dreams of Freedom by Nambi Kelley at Chicago Children’s Theatre. She works as an actor, director and educator, both locally and regionally, and is a member of Actors’ Equity Association and SAG-AFTRA, and an associate of SDC. Lili-Anne is a Northwestern University graduate (Performance Studies), and a proud native Chicagoan.

William F. Brown’s first Broadway credit was The Girl in the Freudian Slip, which opened in 1967. It starred Alan Young and Marjorie Lord. He contributed to New Faces of 1968. He also wrote the book for the off-Broadway musical How to Steal an Election which starred Clifton Davis. Brown also had sketches appear in several Julius Monk nightclub revues. On the nightclub circuit, he worked on material for Joan Rivers, Georgie Kaye, David Frost and others. In television, he wrote material for over 100 television shows including That Was the Week That Was, The Jackie Gleason Show, Love American Style, and several Max Liebman specials. In 1975, The Wiz opened and he began work on another Broadway musical. This time, he worked with Charles Strouse and Lee Adams (who wrote Annie). Their show, A Broadway Musical, opened and closed on the same night in 1978. Brown has written several books of humor and frequently contributes articles to magazines. He had a syndicated comic strip Mixed Singles in 1975.

Abe Koogler was born and raised in Washington State. He earned an MFA from UT-Austin and is currently a fellow in Juilliard’s Playwrights Program. He is a Theatre Masters Visionary Playwright, a runner-up for the Yale Drama Prize, and the winner of the Weissberger Award and the Kennedy Center’s Paula Vogel Award for Kill Floor. Koogler’s plays have been developed at the Playwrights’ Center, Kitchen Dog Theatre, the Great Plains Theatre Conference, and Oregon Shakespeare Festival’s Black Swan Lab. He is under commission from Manhattan Theatre Club.

Dan LeFranc is the playwright-in-residence of Playwrights Horizons. His new play Troublemaker was commissioned by and produced at Berkeley Repertory Theatre. The Big Meal premiered at ATC, received an extended off-Broadway run at Playwrights Horizons, and made its UK premiere last summer. Other plays include Sixty Miles to Silver Lake (SoHo Rep, P73, NYC), Origin Story, In The Labyrinth and Night Surf. LeFranc received the 2011 Helen Merrill Playwriting Award, the 2010 New York Times Outstanding Playwright Award, and the John C. Russell Fellowship, among others. He recently wrote for the Showtime television drama The Affair, which won the 2015 Golden Globe for Best Drama. LeFranc is currently on staff for director Steve McQueen’s new limited series for HBO, Codes of Conduct. He also teaches at the Yale School of Drama.

Charles Smalls began giving piano concerts at age 5. He received a scholarship from the Henry Street Settlement and entered Julliard when he was 11. He graduated from Julliard in 1961. Smalls attended the High School of Performing Arts. He was a pianist with the New York Jazz Repertory Company and toured with Hugh Masekela, Harry Belafonte, Esther Morrow, and others. He entered the Air Force and played with the Air Force Band, where his greatest accomplishment was writing a Christmas carol for John F. Kennedy’s daughter, Caroline. He began working on The Wiz in 1970 and gained national attention. Smalls had been writing the score for Miracles, based on the H.G. Wells novel The Man Who Could Work Miracles. He recorded several songs with Geoffrey Holder and the Harlem Boys Choir. Smalls died on August 27, 1987 during surgery for a burst appendix in a Belgium hospital. He was 43.

Bailiwick Chicago is a non-profit professional company with a mission to produce contemporary musicals and plays, reinvent classic musicals, and develop new work, while sharing a powerful and authentic theatrical experience. Bailiwick celebrates and engages its community through diverse programming, artistic partnerships and outreach opportunities.