On Posted on July 20, 2015 by Elizabeth Neukirch to Latest News, News 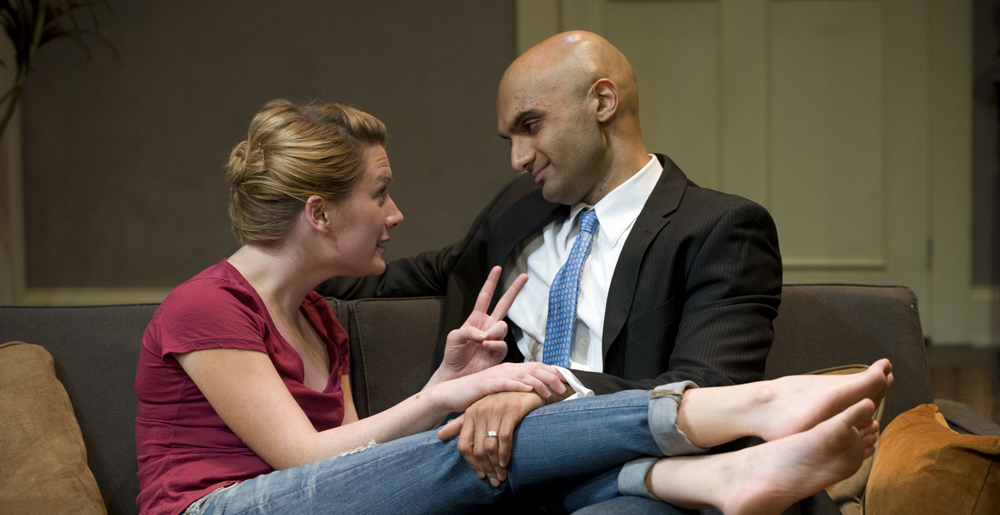 July 20, 2015 (Chicago, IL)—American Theater Company (ATC) announces the second year of AracaWorks: Chicago, a new play development workshop in partnership with New York’s The Araca Group, Broadway producers of Disgraced, Urinetown, Frankie and Johnny in the Claire de Lune, The Wedding Singer, Lend Me a Tenor, and A View from the Bridge. AracaWorks: Chicago emerged from a collaboration that led to the development of Disgraced by Ayad Akhtar, which received the 2013 Pulitzer Prize for Drama and a 2015 Tony Award nomination for Best Play. The program gives three playwrights a weeklong development opportunity at ATC, culminating in a weekend of private readings—with one of the three plays selected to receive a year of development attention.

This year’s AracaWorks: Chicago participants are:

New York. Today. When Mike’s sister returns from a Peace Corps mission where his energy company has been implicated in human rights abuses, Mike and his girlfriend Kate must reevaluate their allegiances to the lives they have chosen and the freedoms they have take for granted. In Goddess of Mercy, Davis explores the global landscape of modern terrorism through the lens of America’s highly privileged.

America. Today. Set over the course of a year at six birthday parties, six millennials look for stability and fulfillment in their relationships and their work. As the year moves along, and what was once considered tolerable in their friendship begins to seem insufferable, the six pals must choose whether to sever familiar ties or strengthen existing bonds. In this witty and brutally honest play, Posner examines the rate of maturation amongst America’s most notorious generation—the millennial.

America. 1962. In the midst of the Cuban Missile Crisis, two neighboring families cope with the looming threat of nuclear war. While the patriarchs get to building a backyard bomb shelter, their wives and children stand on the verge of self-discoveries which may prove just as turbulent to the families’ post-war status quo as nuclear fallout. Comparisons between 1962 and today brim to the surface in Kreimendahl’s cultural investigation into the American psyche of fear.

Jenny Connell Davis is a Baltimore-based playwright and a member of The Gift Theatre. Her plays have been developed and/or produced with The Eugene O’Neill National Playwrights Conference, Icicle Creek, ACT (Seattle), The Playwrights Center, SPACE at Ryder Farm, Ars Nova, NAATCO, New York Stage and Film, Shrewd Productions, ScriptWorks, and The Gift, among others. She has been a finalist or semi-finalist for the Heideman, PlayPenn, Seven Devils, BAPF, and the Nicholl Fellowship. Jenny’s short film, Fatakra, with writer/director Soham Mehta, played at over 75 festivals worldwide, including Toronto and SXSW, and was recognized with more than a dozen audience awards and jury prizes, including the Student Academy Award. Jenny is a Core Member of The Playwrights Center and a proud alumna of Ars Nova Play Group, UT Austin’s MFA program, The School at Steppenwolf and the University of Chicago.

Basil Kreimendahl is a resident playwright at New Dramatists and a current Jerome Fellow at The Minneapolis Playwright’s Center. Basil’s play Sidewinders won the Rella Lossy Playwright’s Award from the San Francisco Foundation and had its world premiere at The Cutting Ball Theater in San Francisco. The Cost of a Goat won a National Science Award at The Kennedy Center. Orange Julius was developed at the O’Neill National Playwrights Conference and included in La Jolla Playhouse’s DNA new work series. Basil was commissioned by Actors Theatre of Louisville for Remix 38 in the 2014 Humana Festival of New Plays. Basil’s plays have also been developed or produced by New York Theatre Workshop, Victory Gardens, About Face Theatre, Actors Theatre of Louisville, Inkwell, Rattlestick Theater, Wordbirdge, Labrynth Theater, The LARK, and The Oregon Shakespeare Festival. Basil has had a Jerome Fellowship and McKnight Fellowship from the Minneapolis Playwright’s Center, and an Arts Meets Activism grant from the Kentucky Foundation for Women for theatre work with the trans community in Louisville. Basil’s work has been published by Howlround, Dramatic Publishing, Playscripts, Inc., and included in Xlibria’s Becoming: Young Ideas on Gender and Identity. MFA University of Iowa, 2013.

Max Posner was the 2012 P73 Playwriting Fellow, a 2013 MacDowell Colony Fellow and is currently Writer-In-Residence at Williamstown. He received the 2011 Heideman Award from Actor’s Theatre of Louisville and the 2015 Helen Merrill Emerging Playwright Award. Max is working on commissions for South Coast Repertory, Playwrights Horizons, and a libretto for the Brooklyn Youth Chorus. He’s an alum of the Soho Rep Writer/Director Lab, Ars Nova Playgroup, The Working Farm, Interstate 73, and a frequent volunteer at the 52nd Street Project. Max’s plays have been developed at Playwrights Horizons, Soho Rep, Actors Theatre of Louisville, Page 73, Clubbed Thumb, Williamstown Theatre Festival, Manhattan Theatre Club, Roundabout Underground, Atlantic Theatre Company, Ars Nova, The Bushwick Starr, New York Theater Workshop, The Hangar Theatre, The Juilliard School and Space on Ryder Farm. He’s a graduate of Brown University (Weston Award for playwriting) and recently completed a two-year Lila Acheson Wallace Fellowship at Juilliard. Max was born and raised in Denver and lives in Brooklyn. Page 73 will premiere his play JUDY in September at the New Ohio Theater.

Now in its eighth season, AracaWorks is a platform for showcasing established playwrights and emerging voices. The series provides an outlet to explore new material in a forum open to the public, yet safe from critical reviews. Ayad Akhtar’s Disgraced opened the series in 2010, and the play went on to its world premiere at American Theater Company in the winter of 2012, garnering a Jeff Award for Best New Work. In 2013, Disgraced won the Pulitzer Prize for Drama and in 2014 began its Broadway run. Other AracaWorks plays have gone onto full productions around the country: Suicide, Incorporated by Andrew Hinderaker (Roundabout Underground, Fall 2011), How the World Began by Catherine Trieschmann (South Coast Repertory, Winter 2012), Warrior Class by Kenneth Lin (Second Stage Uptown, Summer 2012), Edgar and Annabel by Sam Holcroft (The Studio Theatre, Fall 2013) and Recall by Eliza Clark (Colt Coeur, Summer 2012).

About The Araca Group

The Araca Group, founded in 1997 by partners Matthew Rego, Michael Rego, and Hank Unger is a theatrical production and live event merchandising company. Araca’s productions and merchandise operations have been seen around the world.  For more info, please visit: www.araca.com.