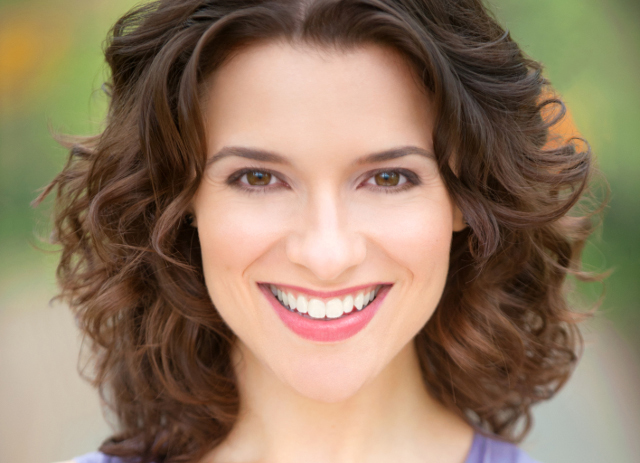 “We could not be more delighted to welcome Jenn Gambatese to our Carousel cast as the irrepressible Carrie Pipperidge,” said Anthony Freud, Lyric’s general director. “She was unforgettable in her Lyric debut last season as Maria in The Sound of Music. We cannot wait to see her interpretation of this brilliant character.”

Gambatese starred as Maria in Lyric Opera of Chicago’s production of The Sound of Music in April and May 2014 opposite Billy Zane as Captain von Trapp. On Broadway she created the role of Jane/Disney’s Tarzan and starred with Cheyenne Jackson as Natalie/All Shook Up. Further Broadway performances include Marie Leroux/Is He Dead?, Penny Pingleton/Hairspray, multiple roles/A Year with Frog and Toad, and Urleen/Footloose. She starred as Glinda/Wicked for the musical’s first national tour. Among her favorite off-Broadway appearances have been Eliante in Classic Stage Company’s The School for Lies, and  Dora/Fiorello! and The Girl/Stairway to Paradise with the prestigious New York City Center “Encores!” series. Among her most important credits in regional theater are leading roles for three Connecticut companies: Chloe Haddock/Lips Together Teeth Apart at Westport Country Playhouse, Constance/We Have Always Lived in the Castle at Yale Repertory Theatre, and two musical-theater roles at the Goodspeed Opera House: Annie Oakley/Annie Get Your Gun and Carrie Pipperidge/Carousel. She studied at New York University, graduating magna cum laude with a double major in drama and sociology.

Previously announced cast members for Carousel are Steven Pasquale as carousel barker Billy Bigelow, Laura Osnes as his true love, millworker Julie Jordan, and Denyce Graves as Nettie Fowler. Pasquale most recently triumphed on Broadway in The Bridges of Madison County with Kelli O’Hara and is currently appearing on CBS’s The Good Wife. A two-time Tony nominee, Osnes most recently starred on Broadway in Rodgers + Hammerstein’s Cinderella. Internationally acclaimed opera star Denyce Graves will make her musical theater debut with this production, singing the iconic “You’ll Never Walk Alone.” Graves is well known to Lyric audiences for her title-role portrayal of Bizet’s Carmen. Additional casting will be announced at a later date.

Carousel will be directed and choreographed by Rob Ashford, who made his Lyric debut in the 2013-14 season directing a new production of Rossini’s The Barber of Seville. Ashford is the choreographer for the 87th Academy Awards, airing on February 22. He recently co-directed Macbeth at the Park Avenue Armory with Kenneth Branagh and directed NBC’s recent live musical hits Peter Pan Live! and The Sound of Music Live!. Conductor David Chase makes his Lyric debut with Carousel, and will lead members of the Lyric Opera Orchestra and Chorus. Chase is a regular collaborator with Ashford; he was music director for The Sound of Music Live! and Peter Pan Live!, as well as the recent Broadway revival of  How to Succeed in Business Without Really Trying, which was directed and choreographed by Ashford. Artist Paolo Ventura will make his theatrical debut as set designer. Tony Award-winning Catherine Zuber is costume designer, returning to Lyric after her company debut with Ashford’s Barber. Lighting will be designed by Neil Austin, and Michael Black will be chorus master.

Carousel is the third Rodgers and Hammerstein musical to be presented as part of Lyric’s American Musical Theater Initiative. The King and I and South Pacific follow in the 2015-16 and 2016-17 seasons, respectively. Past productions were Oklahoma! in the 2012-13 season and The Sound of Music in the 2013-14 season.