On Posted on November 11, 2014 by Elizabeth Neukirch to Latest News, News 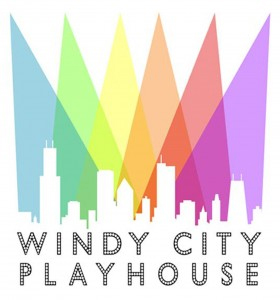 A 2008 finalist for The Harold and Mimi Steinberg/ATCA New Play Award, End Days is the story of the Steins – a typical American family working their way through tragedy, each in his or her own way. In the aftermath of 9/11, it’s no wonder that Sylvia Stein (Gluschenko) thinks the end of the world is coming. It’s also no wonder that teenaged Rachel (Sari Sanchez) thinks her newly Evangelical mother is a fool, and looks to fantasy physicist Stephen Hawking (Strafford) for solace. Father and husband Arthur (Kupferer) has taken an entirely different approach: never changing out of his pajamas. An Elvis-impersonating next door neighbor (Morohunfola) may just be able to bring the Steins – and their disparate views on the world – together.

Windy City Playhouse is a new theater opening at 3014 West Irving Park Road. Premiering in March 2015, the Playhouse is a professional theater meant to entertain through exceptional contemporary, relevant and approachable art. Combining relatable material with high quality artistry, Windy City Playhouse seeks to create work accessible by audiences of all kinds. With a full service bar, light food and post-show performances, the Playhouse is not a traditional theater, rather a fun, relaxing and entertaining environment. With amenities such as optional armchair seating, the Playhouse is designed as a space for audiences to linger before and after the performance—a place to decompress with art.