On Posted on January 28, 2015 by Elizabeth Neukirch to Latest News, News 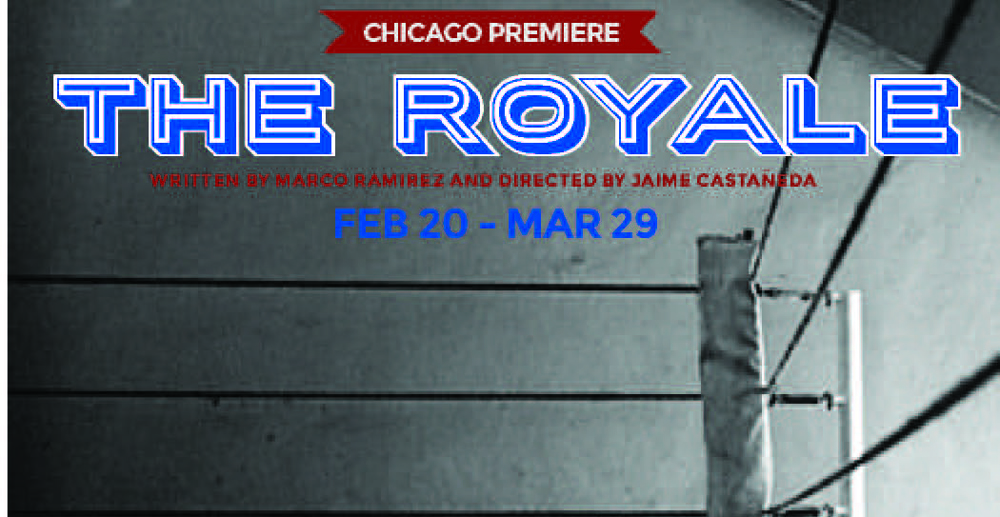 Dec. 23, 2014 (CHICAGO, IL)—American Theater Company (ATC) announced today casting and a new performance schedule for its premiere of a revised version of The Royale by Orange is the New Black and Sons of Anarchy writer Marco Ramirez. The production is directed by ATC Ensemble Member Jaime Castañeda, newly appointed associate artistic director of La Jolla Playhouse, with a cast led by Jerod Haynes, who recently appeared in the critically acclaimed adaptation of Native Son at Court Theatre. The Royale runs from February 20 to March 29, 2015. Single tickets for The Royale range from $38-$48 and are now on sale at the ATC box office at 773-409-4125 or www.atcweb.org.

America. 1905. Jay is a legend. He has everything he needs to be the heavyweight champion of the world… except he’s not white. From Orange is the New Black writer Marco Ramirez comes this explosive new play that combines rapid-fire dialogue and rhythmic percussion to punctuate the epic journey of one man’s quest for fame––no matter the consequence. The cast includes Jerod Haynes in the role of Jay, with Edward Lee Gibson, Mildred Langford, Julian Parker and Philip Earl Johnson.

“To me, this play is about more than boxing—it’s about the invention of American swagger,” says playwright Marco Ramirez. “I’m confident that Jaime and ATC are going to pull off a theatrical game of 3-card Monty, and I’m ecstatic that The Royale—which owes so much to Muddy Waters, Buddy Guy and Kanye West—is finally coming to Chicago.”

“The Royale is one of those rare plays that works on so many levels,” says ATC Artistic Director PJ Paparelli. “There’s no other play quite like it: theatrical, bold, brutally honest.  I’m thrilled to premiere this new version and welcome Marco to Chicago.”

Performance dates for The Royale were pushed back due to the extension of ATC’s critically acclaimed new play, The Humans, written by Pulitzer Prize finalist and ATC signature playwright Stephen Karam and directed by Paparelli.

Updated performance schedule for The Royale:

The Royale is sponsored in part by Boeing Employees Community Fund. American Theater Company is partially supported by a grant from the Illinois Arts Council, a state agency, and CityArts grant from the City of Chicago Department of Cultural Affairs and Special Events, the Lloyd A. Fry Foundation, Polk Bros. Foundation, the MacArthur Fund for Arts and Culture at Prince, and the Shubert Foundation.