On Posted on April 21, 2015 by Elizabeth Neukirch to Latest News, News 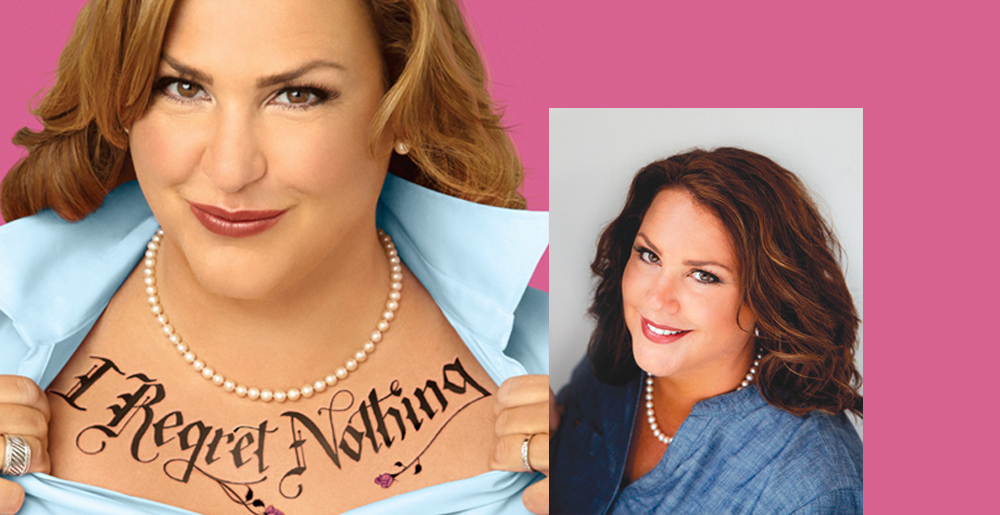 (April 21, 2015) – City Winery Chicago, 1200 W. Randolph Street, announces a book release party for New York Times bestselling author Jen Lancaster and her new memoir I Regret Nothing. “Like that friend who always says what you’re thinking, just 1,000 times funnier,” Lancaster discusses her newest release with fans on Sunday, May 17, 2pm. Admission includes a champagne toast and a specialized I Regret Nothing wine key. Lauren Egierski from Pacific Rim will teach attendees how to properly open a bottle of wine to impress future party guests. Doors open at 1 p.m. Reservations are $10 at www.citywinery.com/chicago/

In 1993 Jen Lancaster hit the road with eight sorority sisters, heading to the Sunshine State to soak up the rays and experience the ultimate college Spring Break: killer tan lines; a one night stand; a hangover so rough she promised to never drink again; and, most importantly, memories to last a lifetime. She returned home regret-free. Well, except for that little tattoo on her ankle…

More than 20 years later and now a New York Times bestselling author, Jen Lancaster is determined to play out her 40s on a high note—tackling all those things she wishes she’d done by now. In her new memoir I Regret Nothing (New American Library Hardcover; May 5, 2015; $26.95) the wickedly acerbic Lancaster continues her documented quest for self-improvement with renewed vigor, and this time with a bucket list.

Jen Lancaster is no stranger to creative reinvention, and is best known for her seven hilarious, laugh-out-loud, widely-acclaimed memoirs. Jen hit the scene with her 2006 memoir Bitter Is The New Black, a soul searching story of a woman trying to figure out what happens next when she’s gone from six figures to unemployment checks, which recently just hit the New York Times bestseller list in e-book nonfiction this past November. And as Jen matured—so did her memoirs. Most recently Jen lived a year imitating the lifestyle of Martha Stewart in The Tao of Martha (2013), and finally realized Froot Loops were not an appropriate dinner in Jeneration X (2012). Now for the first time ever, Jen commits herself to reaching lifelong goals and amending lifelong mistakes in I Regret Nothing.

Jen’s bucket list is anything but ordinary. From getting her tattoo removed, to learning to ride a bike, and even running a 5K (yes, running) Jen shares her sometimes bumpy but always hilarious attempts to better her life. Filled with enough snarky, sidesplitting comments to last you a lifetime this is Jen’s best yet and you don’t want to regret missing out on the memoir of the season.

All City Winery Chicago events are open to all ages, unless noted.

Tickets go on sale to the general public on Thursday, April 23 at noon. Only members of City Winery Chicago’s signature VinoFile™ program now have access to ticket sales, in addition to receiving:  a waiver of ticket service fees; 50% off valet parking; Restaurant Loyalty Rewards, such as a free pair of VIP concert tickets for every $500 spent on food & beverage in the restaurant; exclusive membership-only events; and access to the proprietary City Winery Virtual Sommelier™, which helps make suggestions for wines one might enjoy based on past consumption at the venue.

To purchase concert tickets or for more information on becoming a VinoFile™ member, please call (312) 733-WINE (9463) or visit www.citywinery.com/chicago/.