On Posted on September 24, 2015 by Elizabeth Neukirch to Latest News, News 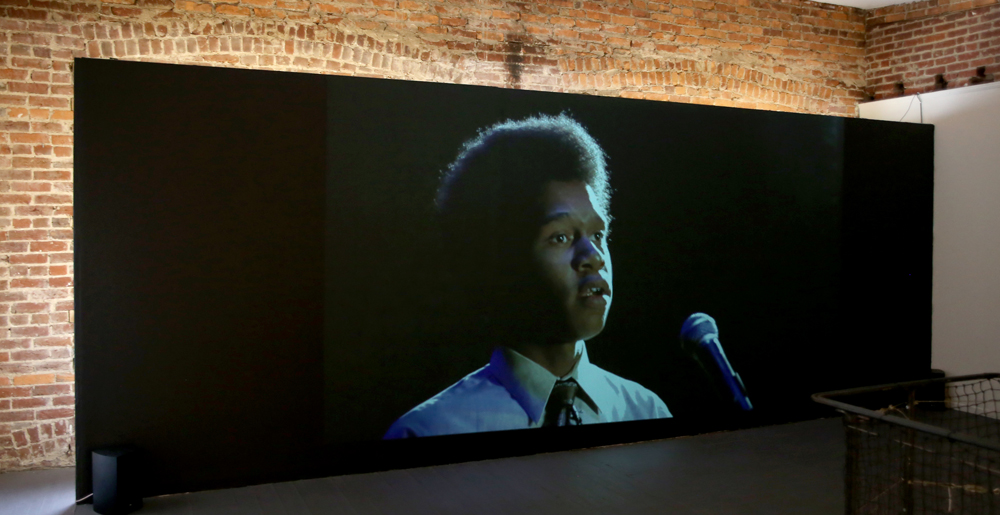 (September 24, 2015) Elmhurst Art Museum presents the inaugural Elmhurst Art Museum Biennial: Chicago Statements, showcasing a diverse selection of artists from the Chicago area that represent the exceptional art being produced in and around the city. Curated by Elmhurst Art Museum Chief Curator & Director of Public Programs Staci Boris, this year’s Biennial is inspired by the Museum’s mission to underscore the relevance of visual art in our society; to that end, the exhibition will include artists whose work addresses current events, social and political issues and everyday realities. The Biennial will encompass a majority of the interior –and exterior – of the Museum campus (located at 150 S. Cottage Hill Avenue, Elmhurst) along with nearby satellite locations, and takes place December 12, 2015 – February 21, 2016.

A sampling of works includes Lise Haller Baggesen’s interactive installation Mothernism (a play on motherhood and modernism) that encourages conversations about identity, inclusiveness and art-making; Tom Burtonwood & Holly Holmes’ Copy Shop, an installation highlighting 3D scanning and printing and its transformative effect on object design and production; Jesse Howard’s new charcoal and watercolor portraits of African Americans and Kirsten Leenaars’ recent video #thisistomorrow that both respond to the current climate of violence, disenfranchisement and abuse of power and serve as a call to action to imagine a better future.

Elmhurst Art Museum Biennial: Chicago Statements will extend beyond the Museum’s walls to the building’s exterior – which will offer two different versions of Matthew Hoffman’s gracious “you are beautiful” signs – and into vacant storefronts in downtown Elmhurst – one of which will screen Cheryl Pope’s poignant video One of Many, One, focusing on youth violence in Chicago.

Augmenting the Biennial will be a lively roster of weekly public programs to include artist talks, performances, concerts, exhibition tours, a book discussion and unique workshops led by many of the Biennial artists, including Aram Han Sifuentes’ U.S. Citizenship Test Project, aimed at non-citizen immigrants to provide information about the process of gaining American citizenship and to sew samplers. Partnerships with schools and local institutions are also in the works.

Elmhurst Art Museum is located in Elmhurst (IL), 25 minutes from downtown Chicago by car or public transportation (Metra). The Museum is both an international destination for Mies van der Rohe scholars and fans and a regional center where people from Chicago and the western suburbs learn to see and think differently through the study of the art, architecture and design of our time.

The Museum is open Tuesday-Sunday from 11am – 5pm (7pm on Thursdays and Fridays). Admission is $8 ($7 for seniors) and free for students and children under the age of 18.