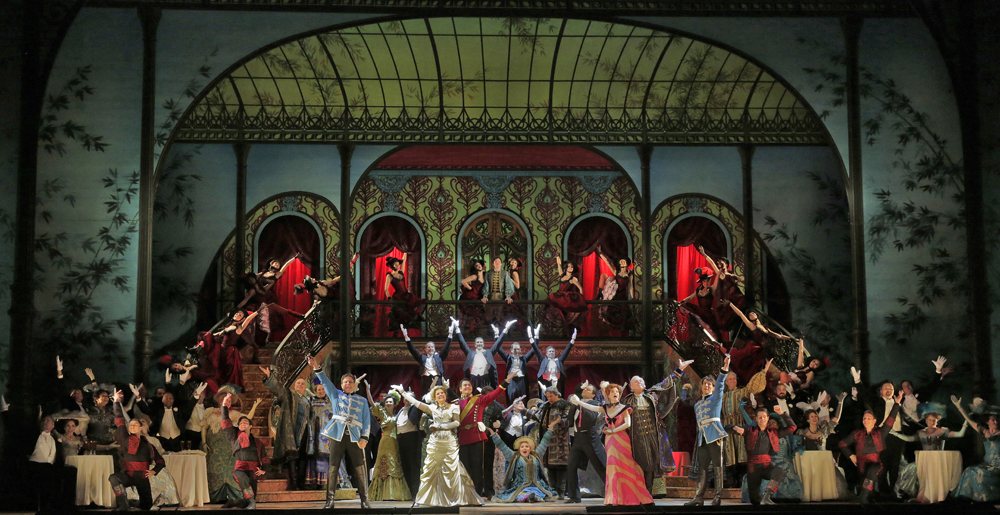 CHICAGO – Lyric Opera of Chicago presents the sparkling operetta The Merry Widow by Franz Lehar in a new-to-Chicago production directed and choreographed by five-time Tony Award winner Susan Stroman. Presented in English with projected titles, the production opens on Saturday, November 14 with 10 performances through Sunday, December 13. Performance dates are November 14, 17, 20, 23, 25, 28 at 7:30pm; and December 3, 9, 11, and 13 at 2pm. For tickets and information call (312) 827-5600 or go to www.lyricopera.org/merrywidow.

Broadway legend Susan Stroman most recently received a Tony Award nomination for Best Choreography for Woody Allen’s Bullets Over Broadway. She garnered Tony Awards for acclaimed productions including The Producers, Contact and Crazy for You. Stroman’s work has also been honored with numerous Olivier, Drama Desk, Outer Critics Circle, Astaire and Lucille Lortel Awards, and the Society of Directors and Choreographers’ George Abbott Award for Lifetime Achievement.

“It’s a very elegant piece!” says Davis, who conducted the Met performances of this production in January with Fleming in the title role.

“Susan Stroman is a very distinguished Broadway director, so this show has all the spectacle, style, and energy that one would expect,” says Anthony Freud, Lyric’s general director. “This production is set in period and looks ravishing. Having Renée and Thomas together again on our stage will be exciting, and then Thomas will partner with Elizabeth, who’s shone in the role here previously. And Heidi Stober will have a great debut here as Valencienne.”

The Lyric Opera presentation of The Merry Widow is generously made possible by Donna Van Eekeren Foundation, an Anonymous Donor, Mr. and Mrs. J Thomas Hurvis, Kirkland & Ellis LLP, and the Mazza Foundation.