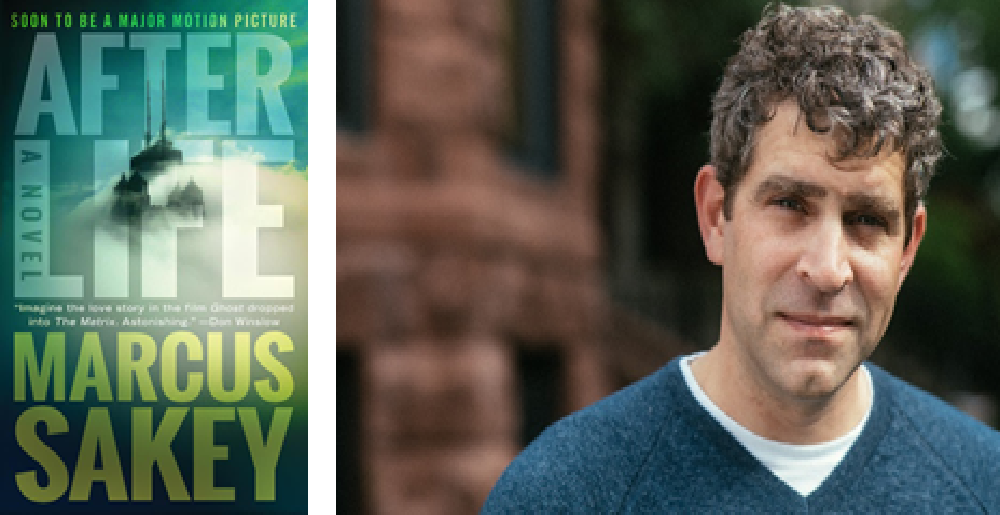 With this new screenwriting credit – his first – Sakey joins a rare group of authors penning both book and film. He’s adapting his own work for the multiple Academy- and Emmy- Award winning LA production company, Imagine Entertainment, helmed by Ron Howard and Brian Grazer – following a heated bidding auction for the screen rights this Spring.  This is not, however, Sakey’s first Hollywood collaboration.  The screen rights for Brilliance were sold to Legendary Pictures, with actor Will Smith initially attached to star; and, in 2013, Millennium Films released the film of Sakey’s novel, Good People (Berkley, 2008) starring James Franco, Kate Hudson and Omar Sy.

Film producers are not the only ones in Sakey’s court; the troika of top publishing industry outlets have already weighed in with ‘Starred’ reviews:  Kirkus Reviews proclaims: “Sakey employs all his storytelling gifts to craft a noodle-bender of the first order… a love story enmeshed in a twisty thriller that peels back the universe to see what lies beneath;” while Booklist calls Afterlife “a deep dive into the unknowable…and an opportunity for an insightful writer to ruminate on the eternal verities;” and Publishers Weekly adds “remarkably conceived and passionately realized.”

Sakey’s peers in the thriller fiction genre are equally enthused by Afterlife. Said Blake Crouch: “Truly incredible. An epic original vision. My brain is still bent” while Don Winslow enthused: “Imagine the love story in the film Ghost dropped into The Matrix. Astonishing.”

A synopsis of Afterlife:

Between life and death lies an epic war, a relentless manhunt through two worlds…and an unforgettable love story.

The last thing FBI agent Will Brody remembers is the explosion—a thousand shards of glass surfing a lethal shock wave.

He wakes without a scratch.

The building is in ruins. His team is gone. Outside, Chicago is dark. Cars lie abandoned. No planes cross the sky. He’s relieved to spot other people—until he sees they’re carrying machetes.

Welcome to the afterlife.

Claire McCoy stands over the body of Will Brody. As head of an FBI task force, she hasn’t had a decent night’s sleep in weeks. A terrorist has claimed eighteen lives and thrown the nation into panic.

Against this horror, something reckless and beautiful happened. She fell in love…with Will Brody.

But the line between life and death is narrower than any of us suspect—and all that matters to Will and Claire is getting back to each other.

From the author of the million-copy bestselling Brilliance Trilogy comes a mind-bending thriller that explores our most haunting and fundamental question: What if death is just the beginning?