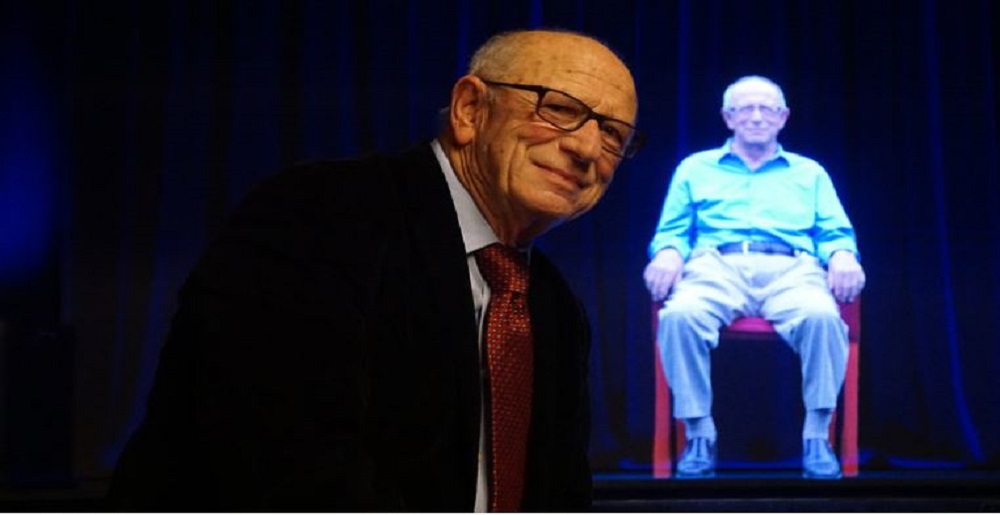 Holocaust survivor Sam Harris has told the story of how he survived the Holocaust hundreds of times.

He’s talked about his experience in the Nazis’ concentration camps with school groups and in videos for oral history archives. He even wrote a children’s book.

But when he sat down to tell his story in Los Angeles a couple months ago, it was different.

In a Hollywood studio, surrounded by green screens, Harris answered questions for five or six hours a day. By the time it was all done, he’d answered nearly 2,000.

Sam Harris was getting made into a hologram.

For decades, hearing firsthand accounts from survivors has been an integral part of learning about the Holocaust.

Every year, fewer survivors are alive to tell their stories, so the Illinois Holocaust Museum and Education Center is turning to holograms. It’s part of their new exhibit called “Take a Stand.”

“Nothing replaces the testimony of a survivor who is in front of an audience. It really creates this empathy that we don’t see any other way,” says Shoshanna Buchholz-Miller, the museum’s vice president of education and exhibitions. “And we are so blessed that we have that opportunity now, but we’re not going to have that opportunity forever.”

PreviousPrevious post:Why an opera singer has to train like an athlete to hit every note
NextNext post:2017 Company of the Year: American Theater Company