On Posted on October 19, 2015 by Elizabeth Neukirch to Latest News, News 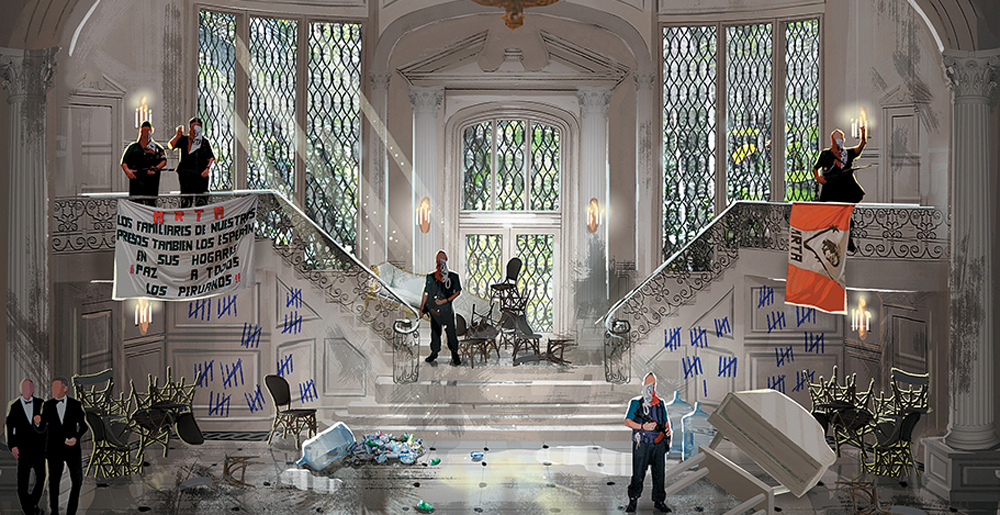 Lyric’s music director Sir Andrew Davis will conduct the new opera, which was curated by Lyric’s creative consultant Renée Fleming. The production will be directed by Kevin Newbury, whose extensive opera and theatrical credits include the now-touring production of Kansas City Choir Boy starring Courtney Love and Todd Almond.

The novel and opera are inspired by the Peruvian hostage crisis of 1996-97, triggered when a diplomatic party at the Japanese ambassador’s mansion was commandeered by revolutionaries posing as waiters. After a siege lasting four months, government troops stormed the mansion, rescuing most of the hostages. López, then an 18-year-old composer, watched the daily news reports at home in Lima. When general director Anthony Freud, Fleming, and Davis asked him in 2011 to write an opera based on the novel, “that was when I felt the stars were aligning,” López recalls. “I had a very personal connection with the material.” He adds that librettist Nilo Cruz “served as a bridge between me and Ann Patchett’s novel.”

Among the hostages are a Japanese industrialist, Hosokawa (who is obsessed with the opera singer and who is the reason she was invited to perform), and his translator Gen, portrayed by Jeongcheol Cha and Andrew Stenson respectively. J’nai Bridges will sing the role of guerilla Carmen, with Rafael Davila as General Alfredo, William Burden as Rubén Iglesias, Anthony Roth Costanzo as César, and Jacques Imbrailo as Messner, the Red Cross intermediary between the hostages, captors, and government officials.

“Bel Canto has its own very individual voice,” says Freud. “It’s accessible, it’s theatrical, and it’s concise. It will be a highly dramatic evening. The designs are absolutely wonderful, involving highly imaginative projection.”

“It’s been exciting to collaborate in bringing this new work from page to stage,” says Davis. “The story is an ideal subject for opera – people in an adverse situation brought together and transformed by music. There are some beautiful arias, including one sung in Japanese. It’s a very exciting and powerful drama.”

Bel Canto was created with funds from the Prince Prize for Commissioning Original Work, which was awarded to Jimmy López and Lyric Opera of Chicago in 2013.