On Posted on May 19, 2015 by Elizabeth Neukirch to Latest News, News 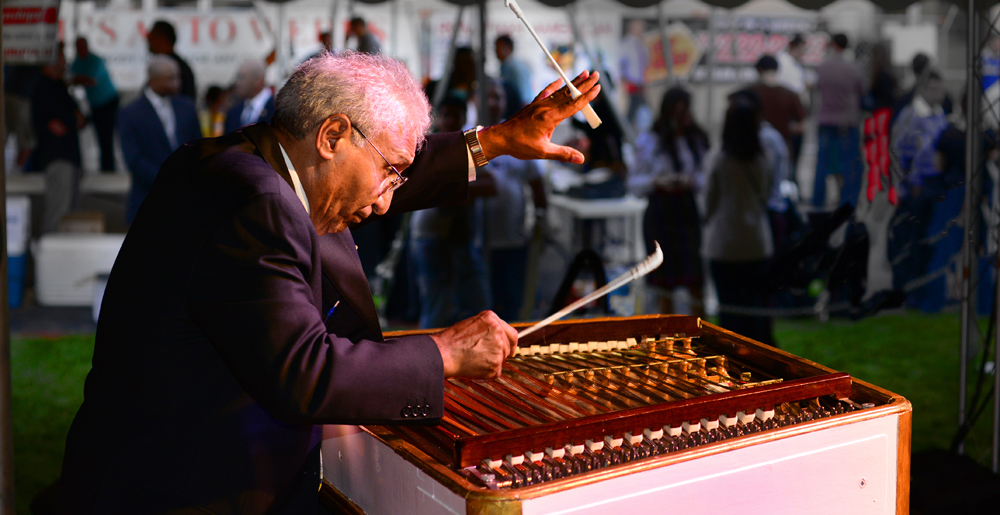 (May 19, 2015) The Old Town School of Folk Music presents Iron Heart Chicago, a new festival celebrating the international range of Chicago’s local musical heroes, with a series of free concerts performed during the evening rush hour at 40 different Chicago Transit Authority (CTA) “L” stations across all eight lines, June 10-17, from 4-6pm. Chicago’s Old Town School of Folk Music, considered the largest community school of the arts in the United States, teaches and celebrates music and cultural expressions rooted in the traditions of diverse American and global communities.

“The beauty of Chicago is that each neighborhood in our city has its own groove and its own artistic roots and Chicago’s train system — what author Nelson Algren referred to as ‘Chicago’s rusty iron heart’ — is the force that connects them all,” said Bau Graves, Old Town School of Folk Music Executive Director. “From Pilsen to Chinatown to Pulaski Park, within each community are master traditional musicians, and the goal of Iron Heart is to literally elevate public awareness of these ‘living cultural treasures’ and dramatically highlight a facet of our city’s cultural heritage that often goes unrecognized.”

“Iron Heart’s concept to use CTA elevated train stations as performance venues transforms the familiar daily commute into a serendipitous cultural experience,” added Allyson Esposito, Director of the Cultural Grants Program at the Department of Cultural Affairs and Special Events. “Iron Heart Chicago was designed to instill pride in Chicagoans, awe among tourists, and perhaps even arts-envy in the rest of the country.”

Each artist will perform two sets for commuters and the neighboring community during the 4-6 pm timeframe. Performances will take place on specially created stages located at the ground level entrances to elevated train stations encompassing all eight lines: Blue, Brown, Green, Orange, Pink, Purple, Red and Yellow. Performers will rotate between venues and dates so that any one late afternoon between 4-6pm, between 3-5 different “L” stations will be enlivened with song. For example, on the opening day, Wednesday, June 12, from 4-6pm, Burns will perform blues at the Halsted station (Orange line), as Carroll fiddles at Jefferson Park (Blue); Rivera performs mariachi at Southport (Brown) as Stoynoff provides Greek tunes at Cicero (Green) and Xiang enlightens with her erhu at Polk (Pink).

In addition to the weeklong concert series throughout the CTA elevated system, the six Iron Heart Chicago artists will perform at Chicago parks the weekends of June 19-21 and June 26-28; at the Old Town School of Folk Music’s Square Roots Festival, July 10-12; and at a Finale Concert as part of Old Town School’s World Music Wednesday Series, July 29. All concerts are free and open to the public.

The complete Iron Heart Chicago performance schedule can be found at ironheartchicago.org. Concerts are free and open to the public; a train ticket is not necessary to enjoy the concert.

“I’m honored to have this opportunity to showcase the homegrown music of my country to a broader audience,” said Rivera. “Along with my fellow musicians, we are often performing for a crowd of familiar faces from our own community. I’m sure I speak for all in saying we’re proud to have been chosen to represent the wealth of talent in this city.”

Founded in 1957, the Old Town School offers classes for adults and children in music, dance, theater and visual arts that span a wide range of artistic genres, presents over 400 concerts in two intimate and acoustically superb concert halls, and supports artist-in-residence programs in underserved Chicago Public Schools. The Old Town School owns and operates three Chicago facilities – two in the Lincoln Square neighborhood on Lincoln Avenue and one in Lincoln Park on Armitage. Facilities include 425-seat and 150-seat concert halls, 51 classrooms, two music stores, a cafe and a resource center. The School also offers its popular Wiggleworms® program at four suburban satellite locations.

This project is partially supported by an IncentOvate Grant from the City of Chicago Department of Cultural Affairs and Special Events with additional program funding from grants and support from The Chicago Community Trust, the Joyce Foundation and Magellan Corporation. On behalf of Iron Heart Chicago, Old Town School of Folk Music thanks its partners: Chicago Transit Authority, Chicago Park District, Spritz, Inc and Simple Truth.