On Posted on January 12, 2016 by Elizabeth Neukirch to Latest News, News 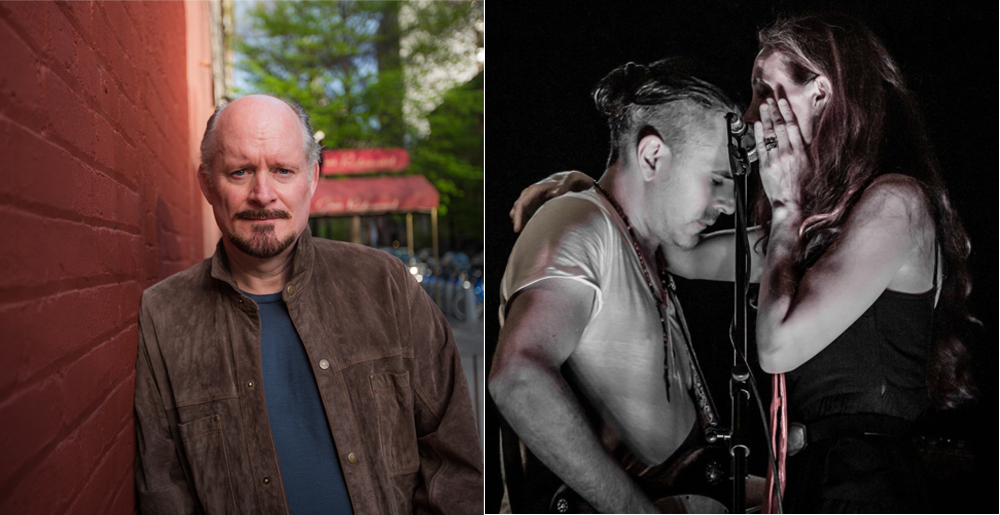 (January 11, 2015) – City Winery Chicago announces that New York-based author/screenwriter/journalist T.J. English will read from his Irish Trilogy (The Westies, Paddy Wacked, The Savage City) at the CD-release show for Chicago roots rock band The Westies, Friday, January 22, 2016, 8 p.m. at City Winery Chicago, 1200 W. Randolph Street. Tickets, $18-$25, are available at citywinery.com/chicago/ Fronted by Heather Horton and Michael McDermott, The Westies were named for the Irish-American gang prominent in Hell’s Kitchen from the Sixties through the Eighties. The Westies’ second CD, Six on the Out, is due January 29, 2016.

Thomas Joseph “T.J.” English comes from a large Irish Catholic family of ten brothers and sisters. Early in his writing career, English worked as a freelance journalist in New York City during the day and drove a taxi at night.  He often refers to cab driving as a metaphor for what he does as a writer – cruising the streets, interviewing strangers, exploring the unknown, reporting on what he sees and hears from his sojourns in and around the underworld.

In 1990, English published his first book, The Westies, an account of the last of the Irish Mob in the infamous Manhattan neighborhood known as “Hell’s Kitchen.” The book was the result of a series of reports English wrote for a weekly Irish American newspaper based in New York.

His second book, Born to Kill (1995), was an unprecedented inside account of a violent Vietnamese gang based in New York’s Chinatown, that operated up and down the East Coast.  In 2005, English published Paddy Whacked, a sweeping history of the Irish American gangster in New York, Chicago, Boston, New Orleans and other U.S. cities.  In 2008, English hit bestseller lists with Havana Nocturne, his account of U.S. mobster infiltration of Havana, Cuba in the years before the Revolution swept Fidel Castro into power. The book became something of a publishing phenomenon, rising to #7 on the New York Times bestseller list and also making the following lists: Wall Street Journal, USA Today, San Francisco Chronicle, Los Angeles Times, Boston Globe, Independent Booksellers. Havana Nocturne is currently in development as a major motion picture.

In 2011, English published The Savage City, a blistering account of racial hostilities between the NYPD and the Black Liberation movement in the 1960s and early 1970s. This book also became a New York Times bestseller. Most recently, English published Where the Bodies Were Buried (2015), an in-depth account the Whitey Bulger scandal, with particular emphasis on the universe of corruption in the criminal justice system that helped to make possible the notorious Boston mobster’s 20-year criminal reign.

As a journalist, English has written for many publications including: Esquire, Playboy, New York magazine, The Village Voice, Los Angeles Times Magazine, and the New York Times. In the mid-1990s, he wrote a three-part series for Playboy titled “The New Mob” that explored the changing face of organized crime in America. More recently, he wrote “Narco Americano,” also for Playboy (February 2011), an investigation into the narco war in Mexico and how the violence has affected the Juarez-El Paso borderland. In 2010, his article for Playboy about a DEA agent alleged to have framed innocent people on bogus narcotics charges won the prestigious New York Press Club Award for Best Crime Reporting. These and other articles were published in the book Whitey’s Payback (2013), a collection of the author’s crime journalism over a 20-year period.

In addition, English is a screenwriter and has penned episodes for the television crime dramas “NYPD Blue” and “Homicide,” for which he was awarded the prestigious Humanitas Prize.
About The Westies

More folk than rock, Chicago’s The Westies are a rootsy Americana band complete with steel guitar, mandolin, fiddle and stand-up bass. Their debut album West Side Stories (2015) begins with an ode to Hell’s Kitchen, the heartland of the notorious mobsters. From there an Americana song-cycle of love, betrayal, murder, hope and redemption unfolds.

Their bold second album Six On The Out (due Jan. 29, 2016) is an unforgettable collection of stories and songs that haunts with its honesty and brutality in spite of long odds. John Ellis from No Depression describes it as “Americana music embedded in the rivers of Rust Belt cities, with connections to Ireland, coal streaked miners and how closely related inner city grit and grime is with the softness and serene Appalachian mountaintop.”

Modern day Renaissance Man Will Kimbrough is a Nashville based singer-songwriter with roots on the Gulf Coast. Will has released several albums, including 2014’sSideshow Love and 2015’s Live at Coast (a live CD and DVD project). Will is also a member of Lower Alabama’s own Willie Sugarcapps, who will release Paradise Right Here in 2016, the follow-up to their much lauded self-titled debut album.  Will was a member of Will and The Bushmen, The Bis-Quits and occasionally plays with DADDY (a duo with Tommy Womack). Will’s songs have been recorded by Jimmy Buffett, Little Feat, Todd Snider and Jack Ingram, among others. Will is a producer, too, and most recently produced Doug Seegers’ debut project, which has been certified gold in Sweden.

Kimbrough is also known for his multi-instrumental work and guitar playing. He was voted Instrumentalist of the Year in 2004 by the Americana Music Association. Will has toured with the likes of Emmylou Harris and Rodney Crowell, but he is concentrating on his own music these days, spending his touring time out under his own name and with Willie Sugarcapps. He is also currently writing with soulful singer-songwriter Brigitte DeMeyer for a duets record and with master writer Radney Foster for his next release.

Opened in 2012, City Winery Chicago is a fully operational winery, restaurant with outdoor patio, concert hall and private event space located in the heart of the West Loop at 1200 W. Randolph, in the historic urban Fulton Market district. Once a refrigerated food distribution warehouse, the 1911 building has been transformed into a contemporary 33,000 square foot haven for those passionate about wine, music and culinary arts. The décor evokes the romance of being in wine country, from the exposed stainless steel fermenting tanks and French oak barrels, to the aroma of fermenting grapes. Chicago’s only fully operation winery has produced dozens of in-house wines sourced from vineyards in California, Oregon, Washington, Argentina and Chile, including a Wine Enthusiast 90-point 2012 Bien Nacido Vineyard Reserve pinot noir. With more than 400 unique producers from around the world City Winery is recognized with 2014 and 2015 Best of Awards of Excellence “for having one of the most outstanding restaurant wine lists in the world” by Wine Spectator. The globally inspired, locally sourced, wine-focused food menu is conceived for pairing and sharing. The concert hall accommodates up to 300 guests, all seated at tables with complete beverage and dining service, ensuring a comfortable “listening room” experience enhanced by a state-of-the-art Meyer Sound system. Riedel is the official and exclusive provider of glassware, showing City Winery’s commitment to enjoying quality wine in a quality vessel. American Airlines is the Official Airline and Virgin Hotels Chicago is the Official Hotel of City Winery. For more information, please visit www.citywinery.com.