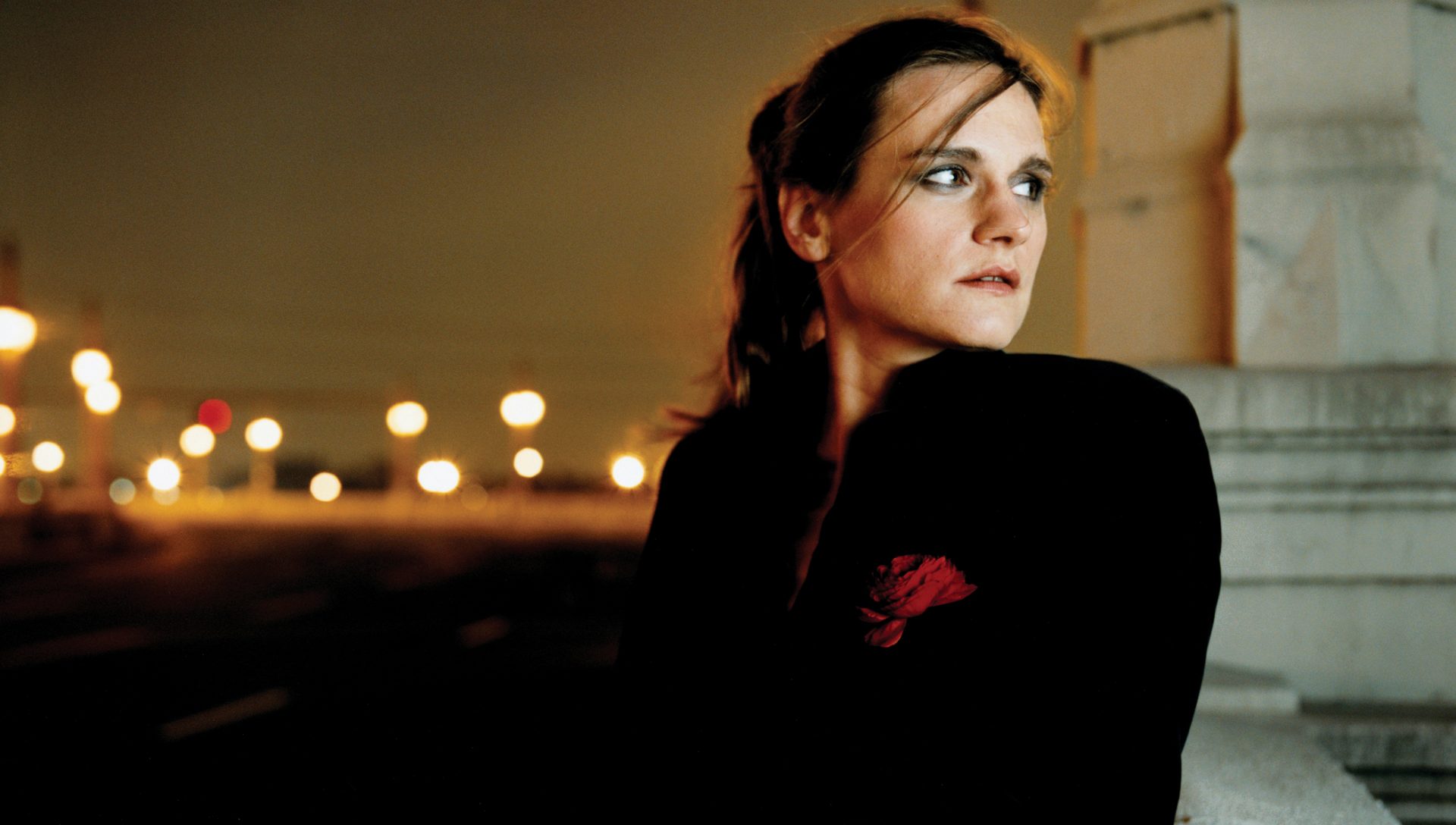 Singer-songwriter Madeleine Peyroux’s one-of-a-kind voice, has carried the jazz artist from busking on the streets of Paris to mainstream recognition. Through intensely distinctive renditions of old classics and modern tunes by the likes of Leonard Cohen and The Beatles, Peyroux has proved to be an uncannily insightful interpreter with her consistently impeccable choice of material. Her latest album, The Blue Room – which originated as a re-examination of Ray Charles’s watershed country & Western album – sees the genre-blending singer at a nexus of styles, blending jazz, blues, country and pop.

“The only thing that matters is the song,” says singer-songwriter Madeleine Peyroux. A conviction that, along with a one-of-a-kind voice, has carried the award-winning artist from busking on the streets of Paris, all the way to stardom. Sixteen years after her Dreamland debut, it is not hard to see why Peyroux’s genre-defying blend of jazz and pop continues to enthrall the music world.
Through six universally praised albums “Jazz’s brightest star” has gained a reputation for an impeccable choice of material, creating a genuine buzz of anticipation amongst fans and the industry at large. Lending her seductively expressive voice to classic standards as well as thoroughly modern tunes, Peyroux has made an undiminishing mark as an uncanny and insightful interpreter. From Holiday to Dylan, Bessie Smith to Leonard Cohen, Peyroux sheds a striking new light onto familiar musical gems while making each phrase and croon her very own, some say “creating new classics along the way.”
The free-spirited singer, songwriter and guitarist began her musical adventure as a teenager in Paris, when “drawn to the music of the streets,” she left high school and joined a touring blues and jazz band. “Someone gave me early Columbia recordings with Billie Holiday and instructed me to learn the songs.” Determined Peyroux grasped not just the melody changes, choice of tone and phrasing, but the power of the iconic artist’s presence. “It was by learning Billie’s mannerisms that I was learning to listen to my own,” she explains.
Years later, her undeniable talent was spotted at a New York club by Atlantic Records’ Yves Beauvais who signed her to the label and co-produced her 1996 debut album Dreamland. Peyroux’s dreamily husky voice enchanted punters and critics alike, but it was the 2004 Careless Love that proved to be a milestone release for the artist, bringing mainstream recognition and marking the start of a prolific collaboration with producer Larry Klein.

Peyroux has come a long way from the streets of Paris to the word’s grandest concert halls and collaborating with the some of the world’s finest musicians. Still, where other artists might rest on their laurels and bask in the glory of countless gushing reviews, Peyroux continues fearlessly to explore new territories. The charmingly humble artist who “didn’t have any expectation of becoming someone who could make a dent in the outside world” has done just that.  madeleinepeyroux.com

All City Winery Chicago events are open to all ages and start at 8pm, unless noted.

Tickets go on sale to the general public on Friday, January 23 at noon. Only members of City Winery Chicago’s signature VinoFile™ program now have access to ticket sales, in addition to receiving: a waiver of ticket service fees; 50% off valet parking; Restaurant Loyalty Rewards, such as a free pair of VIP concert tickets for every $500 spent on food & beverage in the restaurant; exclusive membership-only events; and access to the proprietary City Winery Virtual Sommelier™, which helps make suggestions for wines one might enjoy based on past consumption at the venue.

To purchase concert tickets or for more information on becoming a VinoFile™ member, please call (312) 733-WINE (9463) or visit www.citywinery.com/chicago/.