On Posted on May 18, 2015 by Elizabeth Neukirch to Latest News, News 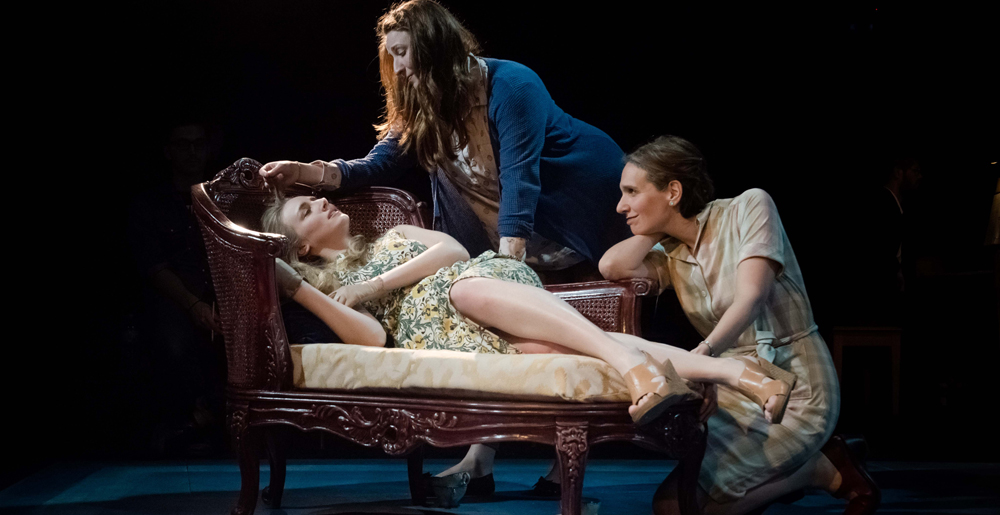 (May 18, 2015) Evanston, IL – Piven Theatre Workshop will extend performances of the critically-acclaimed Melancholy Play: a chamber musical by Tony™-nominated playwright Sarah Ruhl, with music by prolific New York composer Todd Almond and direction by Polly Noonan. The production will continue through Sunday, June 21, at Piven Theatre Workshop, 927 Noyes Street in Evanston. The new musical was originally scheduled to close June 7.

The Piven Theatre Workshop is also pleased to announce that Melancholy Play playwright (and Piven alumna and longtime supporter) Sarah Ruhl returns to the Piven stage for post-show “talk- backs” on both Thursday evening, June 18, and Sunday afternoon, June 21.  She will be joined by the cast, plus members of the creative team on the 18th, and Piven Theatre Workshop Founder Joyce Piven on the 21st.

Also of note, immediately following the run of Melancholy Play, Ruhl and Almond will discuss their collaboration and the transformation of Ruhl’s original text with Almond’s music at the Poetry Foundation, 61 West Superior Street, Chicago, Wednesday evening, June 24, at 7 p.m. This program is free and open to the public. For more information about this free public program at the Poetry Foundation, please visit: http://www.poetryfoundation.org/programs/event/4453

Sarah Ruhl’s Melancholy Play had its world premiere in 2002 at Piven Theatre Workshop and starred Noonan in the lead role as Tilly. A decade later, Ruhl teamed up with Almond and developed Melancholy Play as a new chamber musical. It was workshopped in 2012 via 13p in Brooklyn, and returned to Piven Theatre Workshop for its Midwest Premiere. It will have its official World Premiere at Trinity Rep Theater in Providence, RI, on May 28, 2015.

In this lighthearted farce, bank teller Tilly’s (Stephanie Stockstill) melancholy is of an exquisite quality. She turns her melancholy into a sexy thing, and every stranger she meets falls in love with her. One day, inexplicably, Tilly becomes happy, and wreaks havoc on the lives of her paramours, while Frances, Tilly’s hairdresser, becomes so melancholy that she turns into an almond. It is up to Tilly to get her back. Other members of the Equity production include Chris Ballou (Frank, a tailor who deeply loves Tilly’s melancholia); Lauren Paris (Frances, her hairdresser); Emily Grayson (Joan, the helpless nurse who watches her girlfriend Frances devolve into a nut), and Ryan Lanning (Lorenzo, Tilly’s eccentric therapist from an undetermined European country).

Noonan, director of the highly acclaimed production of The Language Archive last year at Piven, returns to helm the show she once starred in over a decade ago.

With Melancholy Play: a chamber musical, Piven Theatre Workshop continues its ongoing mission of premiering original works, and its history of celebrating the emerging voices of women. Piven Theatre Workshop has excelled as a leader in the arts community for 44 years, maintaining a distinguished legacy in the training of children and adults in the theatre arts. Annually, between onsite and off-site programming, the theatre trains over 1,000 students, provides approximately $30,000 in need-based scholarships, and maintains a professional theatre and numerous outreach programs throughout the Chicago area.

Melancholy Play: a chamber musical will be performed at the Piven Theatre Workshop, 927 Noyes Street, Evanston, through June 21, 2015. The performance schedule is: Thursday, Friday & Saturday evenings at 7:30 p.m. and Sunday afternoons at 2:30 p.m. Tickets are priced from $20-$35, and are available at the box office, by calling 847-866-8049, or online at www.piventheatre.org.