On Posted on April 1, 2015 by Elizabeth Neukirch to Latest News, News 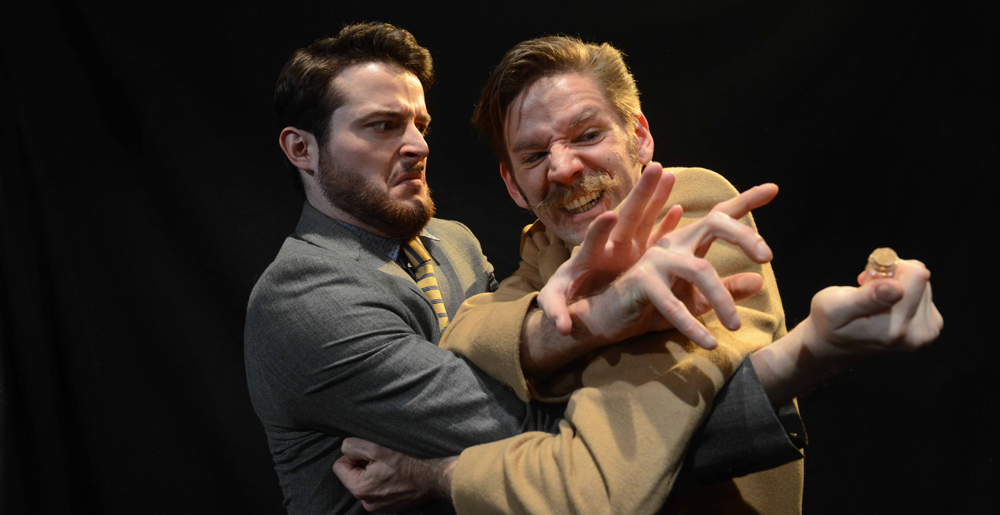 Rare musical offering at Piven to be performed April 30-June 7, 2015

“We rarely present musicals but knew we had to jump at the chance to work with Sarah again and share this gem with Chicago audiences. She has taken this quirky, lovely story to a new and different level from when it was first staged here in ‘02. We’ve got Chicago’s rising musical theater talent performing to Todd’s gorgeous score, accompanied by a live chamber ensemble. This is going to be a special night out for Piven audiences to discover,” said Piven Theatre Workshop artistic director Jennifer Green.

In this lighthearted farce, bank teller Tilly’s (Stephanie Stockstill) melancholy is of an exquisite quality. She turns her melancholy into a sexy thing, and every stranger she meets falls in love with her. One day, inexplicably, Tilly becomes happy, and wreaks havoc on the lives of her paramours, while Frances, Tilly’s hairdresser, becomes so melancholy that she turns into an almond. It is up to Tilly to get her back. Other members of the Equity production include Chris Ballou (Frank, a tailor who deeply loves Tilly’s melancholia); Lauren Paris (Frances, her hairdresser); Emily Grayson (Joan, the helpless nurse who watches her girlfriend Frances devolve into a nut), and Ryan Lanning (Lorenzo, Tilly’s eccentric therapist from an undetermined European country).

Noonan, director of the highly acclaimed production of The Language Archive last year at Piven, returns to helm the show she once starred in over a decade ago.

“I love this play,” said Noonan. “If plays are blueprints, catalysts, then this play is a recipe for joy. When Sarah and Jessica (Thebus) invited me to play Tilly (in 2002) I had given up acting, so Melancholy Play brought me back to the theatre. There is so much humor in the play mixed in with the melancholy. I am thrilled that Piven is producing such an ambitious project—five actors and five musicians! It’s so wonderful to think of the Piven Theatre enlivened again with the sounds of Melancholy Play.”

With Melancholy Play: a chamber musical, Piven Theatre Workshop continues its ongoing mission of premiering original works, and its history of celebrating the emerging voices of women. Piven Theatre Workshop has excelled as a leader in the arts community for 44 years, maintaining a distinguished legacy in the training of children and adults in the theatre arts. Annually, between onsite and off-site programming, the theatre trains over 1,000 students, provides approximately $30,000 in need-based scholarships, and maintains a professional theatre and numerous outreach programs throughout the Chicago area.