On Posted on July 9, 2014 by Elizabeth Neukirch to Latest News, News 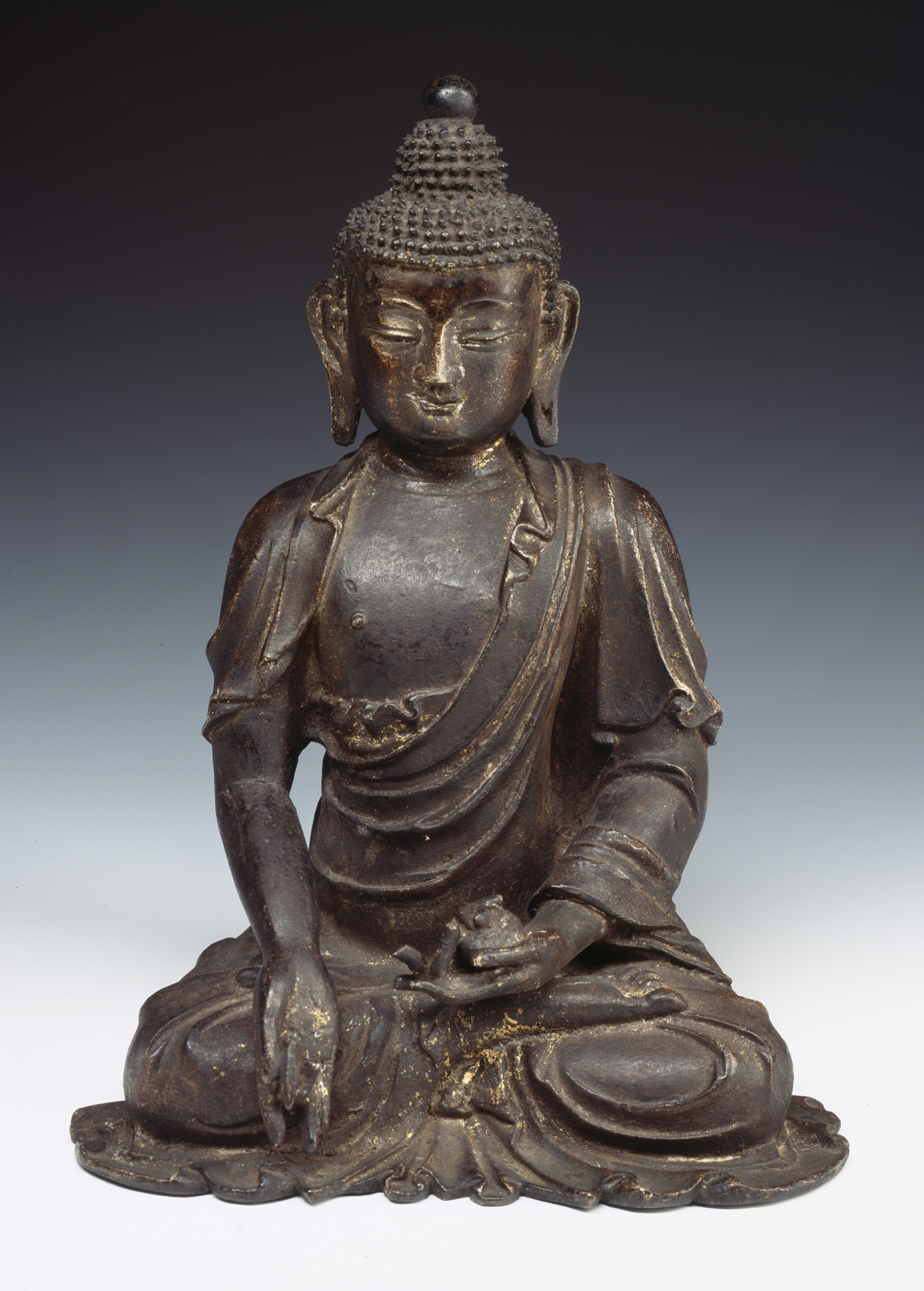 THE UNIVERSITY OF CHICAGO’S SMART MUSEUM OF ART

(July 9, 2014) The Smart Museum of Art at the University of Chicago, 5550 S. Greenwood Avenue, launches its 40th Anniversary season with Carved, Cast, Crumpled: Sculpture All Ways, an expansive exhibition of some 175 works from the Smart’s collection and promised gifts.  Essentially transforming the entire 8,800 foot gallery space into Chicago’s only sculpture museum, albeit a temporary one, Carved, Cast, Crumpled commemorates Smart’s inaugural 1974 exhibition of modern sculpture. The exhibition (September 27–December 21) opens with a weekend of special programming featuring live music as part of the 8th Hyde Park Jazz Festival (Sept. 27) and a family-friendly Smart Fest (Sept. 28).

“From an ancient Chinese ritual vessel to a cast bronze model of Rodin’s iconic The Thinker and Chicagoan Nick Cave’s Soundsuit, the range of sculpture presented all together in a single exhibition is unprecedented in the city,” said Anthony Hirschel, the Dana Feitler Director of the Smart Museum of Art. “As we celebrate four decades of collecting, Carved, Cast, Crumpled offers an opportunity to experience the richness, diversity, and depth of the Smart’s collection and its growth over 40 years in an entirely new way.”

Added Senior Curator Richard A. Born, who was a graduate student at the University of Chicago when the Smart opened in 1974, “Carved, Cast, Crumpled asks a deceptively simple question: what is sculpture? It does so through both focused presentations of objects from distinct eras or cultures as well as juxtapositions of works that are not typically seen side-by-side.”

Carved, Cast, Crumpled is comprised of sculptural works in diverse materials and formats and a handful of related drawings by sculptors. The exhibition takes over the whole Museum, transforming both spaces normally dedicated to temporary exhibitions as well as those that are home to longer-standing installations of the Smart’s collection. Among the approximately 175 works, highlights include small-scale sculptures by modern masters like Auguste Rodin, Jacques Lipchitz, and Henry Moore; ancient Chinese mingqi tomb figures and Asian Buddhist devotional statues; European bronzes of princes, putti, and classical heroes; and boundary-breaking work by postwar artists including Magdalena Abakanowicz, John Chamberlain, Robert Irwin, and Michael Rakowitz.

A central presentation of 16 works in the Richard and Mary L. Gray Gallery features groups of objects selected from the major areas of the Smart’s collection. These juxtapositions of different types of objects explore fundamental qualities of sculpture—including materiality, functionality, figuration and aura/presence—across historical and cultural contexts.

The bulk of the exhibition is arranged predominantly according to the four areas of strength in the Smart Museum’s collection—Modern art and design, Asian art, Old Master and nineteenth century art European art, and contemporary art—as follows:

– The Modern art presentation in the Elisabeth and William M. Landes Gallery is organized around several thematic sections of Modern sculptures and sculptor’s drawings. Special attention is paid to relationships between abstract and figurative works, as well as relationships across stylistic approaches and materials. This presentation features early twentieth-century works from Europe and America. This section also will present findings from a technical study of the material composition of two dozen bronze sculptures which was conducted in collaboration with the Northwestern University-Art Institute of Chicago Center for Scientific Studies in the Arts (NU-ACCESS). (Curator: Richard A. Born, Senior Curator)

– The Asian works featured in the Janis Kanter and Thomas McCormick Gallery span a wide historical and geographic breadth: from ancient Gandharan statuary, to early modernist Iranian and Egyptian sculpture and contemporary works from China, Japan, and Korea. The works are organized according to historical and cultural usage as well as visual relationships. Such pairings reflect the diverse ways in which three-dimensional objects—both religious and secular—have been conceived, created, and utilized, from ancient times to the present. (Curator: Richard A. Born, Senior Curator)

– The presentation of European sculpture from 1500 through 1900 in the Edward A. and Inge Maser Gallery offers a diverse variety of media (bronze, terracotta, marble, porcelain), subjects (portrait busts, allegorical figures, animals, decorative objects, coins) and geographical origins (Italy, Germany, France, Belgium, and Russia). A special tabletop installation of smaller works emphasizes their original uses, whether as tableware or as tools in the scholar’s study. Throughout this section, visitors are able to appreciate the high level of craft in the use of sculptural materials to convey dramatic, narrative, and realistic detail. (Curator: Anne Leonard, Curator and Associate Director of Academic Initiatives)

– The presentation of works from the Smart Museum’s Contemporary collection in the Joan and Robert Feitler Gallery and Joel and Carole Bernstein Gallery surveys the variety of forms that can be thought of as “sculptural” in present contexts: from performance documentation to inflatable inhabitable structures. As in other presentations, there is a special emphasis on relationships between figuration and abstraction, and on relationships among different media. (Curator: Jessica Moss, Associate Curator of Contemporary Art)

Among the works on display are recent acquisitions or promised gifts, never before on view at the Smart before, including: an early mixed-media mobile Sunami by Alexander Calder, Surrealist bronze abstractions by Jean Arp, drawings by Pablo Picasso and Julio Gonzalez, the mirrored Vermeer Box by June Leaf, and the wood tower Monument to Martha by H. C. Westermann. In total, Carved, Cast, Crumpled showcases a foundational component of the Museum’s collection, one that can be traced back to the Joel Starrels, Jr. Memorial Collection of modern sculpture featured in the Smart’s inaugural exhibition in the fall of 1974.

Opening Weekend Festivities
The Smart Museum celebrates the opening of Carved, Cast, Crumpled with a weekend of festivities, free and open to the public:

– The entire family is invited to enjoy Smart Fest. The community open house features a variety of sculpture-making activities (take a chip at a real block of marble!), refreshments, and live music. Sunday, September 28, 1–4 pm

Augmenting this exhibition is Galleryx, a flexible space to be installed in the center of the Museum throughout the 40th Anniversary season. Designed by Kujawa Architecture, this participatory hub invites and encourages public discussions of art and ideas, and houses The Art of Experience: the Smart Museum, designed by the Smart’s new Interpreters in Residence, Chicago’s 500 Clown.

The 40th Anniversary season continues with Objects and Voices: A Collection of Stories (opening February 12, 2015), a second Museum-wide project showcasing 17 micro-exhibitions by guest curators with a relationship to the Smart—distinguished professors, curators, young scholars, and Smart alumni—offering their own personal and professional perspectives on works in the collection, to reveal how objects and stories are intertwined.

About the Smart Museum of Art
The Smart Museum of Art is an intimate museum for bold encounters with art. Both fueling and expressing the creative energy of the University of Chicago, the Smart opens the world to boundary-breaking art and ideas through innovative special exhibitions, ever-changing programs, and distinctive collections.