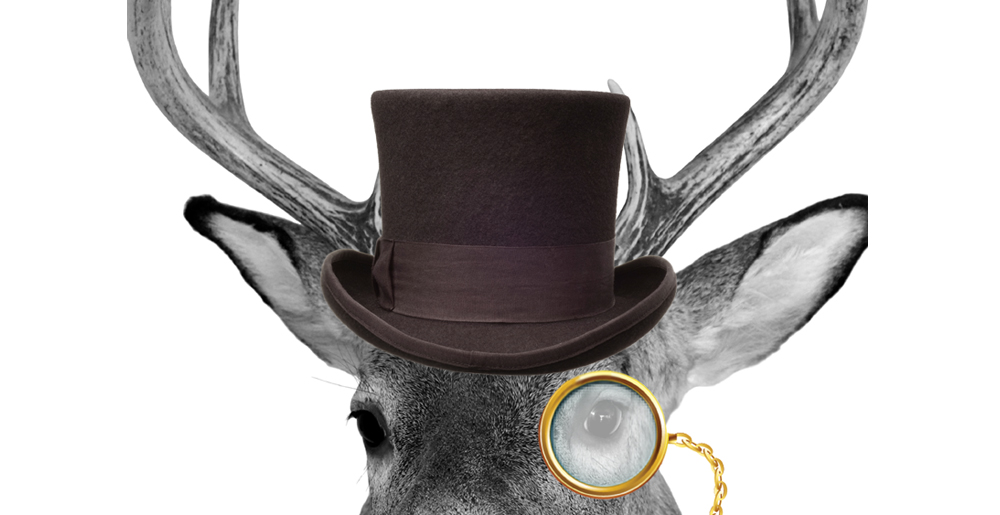 The antics, uproarious barbs and rejoinders of The Explorers Club are propelled by Phyllida Spotte-Hume (Cristina Panfilio) who believes Luigi, the blue NaKong tribesman she’s brought to London from a newly discovered race of Spoon worshipers, is her entree into the society as its first woman member. Goofy admirer Lucius (Alex Goodrich), a botanist and the Club’s acting president, sponsors Phyllida, while intrepid explorer Percy (Ryan Imhoff), returning from his expedition to the East Pole, vies for Phyllida’s affections even though he can’t take seriously the notion of a woman scientist. Neither can the Club’s resident zoologist (Matt Browning), herpetologist (Zach Shornick) and “archeo-theologist” (Dan Rodden). Chaos ensues in The Explorers Club after Luigi inadvertently insults the Queen, possibly setting the British Empire at war with the world.

The Explorer’s Club has enough to deal with. One member has lost nearly all his guinea pigs, another can’t seem to locate the East Pole, the bartender is missing and, on top of all that, a woman wants to join. Before the British Empire crumbles under the weight, these good old boys must grapple with the approach of modernity, save the world from an international war and, for God’s sake, find a new bartender — but not until after brandy and cigars.

The Windy City Playhouse performance schedule is: Wednesdays and Thursdays at 7:30pm; Fridays and Saturdays at 8pm; and Sundays (consult website for Sunday times).

Single tickets range from $15-$55 and are available by calling 773-891-8985 or visiting windycityplayhouse.com. Flexible subscription packages are available for 2016.

The Explorers Club is part of Chicago Theatre Week 2016. Select performances, between February 11 and 21, are available for $15 and $30 via ChicagoTheatreWeek.com.

Windy City Playhouse is a new theater at 3014 West Irving Park Road. Opened in March 2015, the Playhouse is a professional theater meant to entertain through exceptional contemporary, relevant and approachable art. Combining relatable material with high quality artistry, Windy City Playhouse seeks to create work accessible by audiences of all kinds. With a full service bar and light snacks, the Playhouse is not a traditional theater, rather a fun, relaxing and entertaining environment. With amenities such as swivel club chair seating, the Playhouse is designed as a space for audiences to linger before and after the performance—a place to decompress with art.